Beavertown Brewery began over eight years ago when founder and CEO Logan Plant first started brewing on a 650L kit in the former Duke’s Brew & Q in De Beauvoir. From there Beavertown moved to a brewery in Tottenham Hale producing 9,000,000 pints a year, and they have just moved to a new home in Enfield – Beaverworld – where over a staggering 90,000,000 pints a year will be produced. 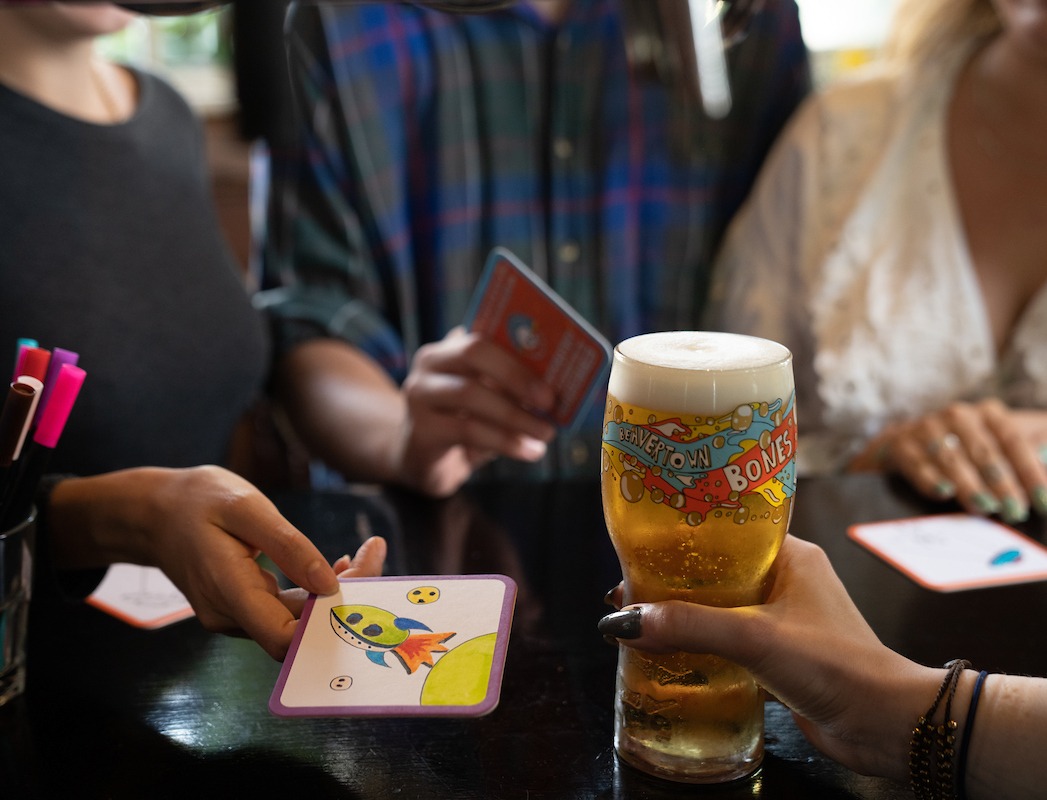 From its infamous colourful cans to space inspired beer names, Beavertown has always had creativity at its heart. To celebrate this Beavertown challenged us to look at ways to get people being more creative, but alongside an expression of the brand’s creativity it also needed to have a strong product message. In essence, how could we turn having a pint into a moment of creativity?

In our research, we found that Pablo Picasso was once asked to pay for a meal by drawing a picture. His response…"I want to pay the bill, not buy the restaurant.” This became our creative jumping off point, and the fact that World Doodle Day was being celebrated on 3rd September became our cultural hook.

What if you could pay for a pint with a doodle? Which was exactly what we invited people to do - doodle on a beer mat, give it to a bar man and get yourself a free pint of Beavertown’s lager, Bones.

The activation was originally planned for Beavertown’s Corner Pin and Taproom, but we worked with the sales team to make it national, rolling the activity out across 22 pubs in 5 cities. This then allowed us to move from selling in just a London story to one across cities like Manchester, Newcastle and Sheffield too.

The campaign generated coverage in titles such as Ladbible, Secret London and About Manchester culminating in 25 pieces, with a reach of 56 million and estimated coverage views of 209,000.

Beavertown’s launch video for the activation also became Beavertown’s most watched piece of social content ever.