Art of the Queue

Beavertown Brewery began over eight years ago when founder and CEO Logan Plant first started brewing on a 650L kit in the former Duke’s Brew & Q in De Beauvoir. From there Beavertown moved to a brewery in Tottenham Hale producing 9,000,000 pints a year, and they have just moved to a new home in Enfield – Beaverworld – where over a staggering 90,000,000 pints a year will be produced. 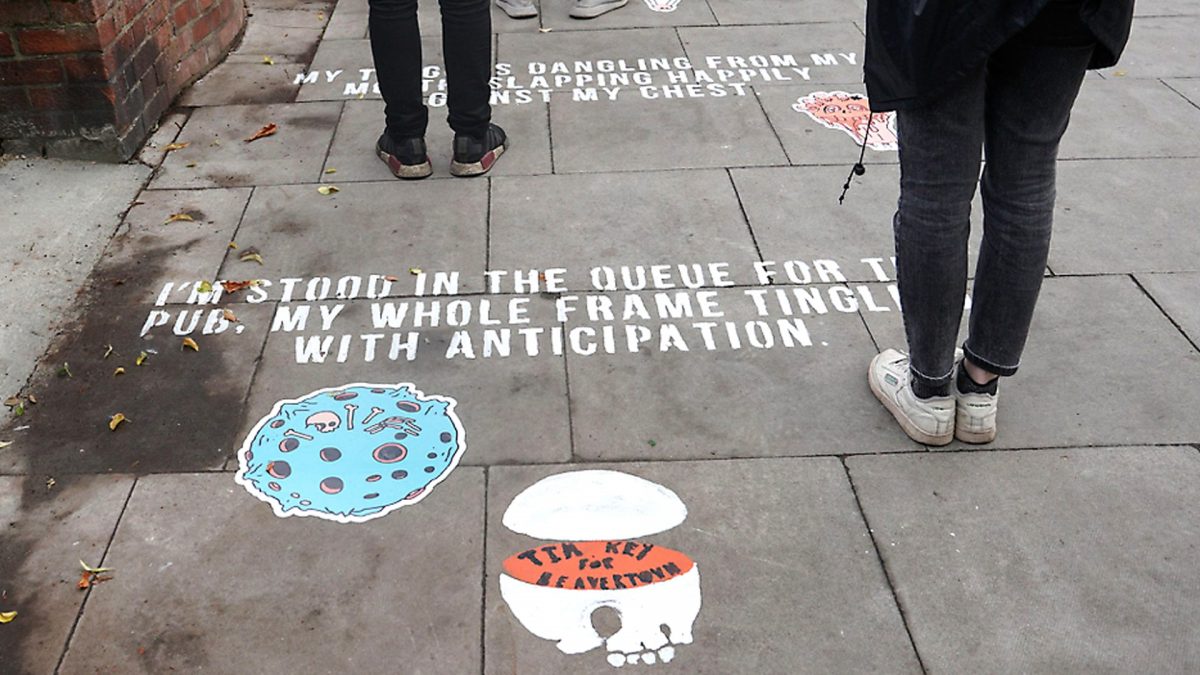 As the pubs began to plan their reopening on 4th July, Beavertown Brewery wanted to be at the heart of those conversations. Our idea needed to show the pub trade that Beavertown had its back, but also capture the attention of the brewery’s core audience of 22 – 32 year olds who were eagerly waiting for their first pint.

4th July or ‘Super Saturday’ as it became known was going to be a crowded space with every beer brand, pub and venue that could reopen looking for a piece of the action. How could we help Beavertown to cut through the noise?

We knew queues would feature as the pubs reopened and let's face it queues aren’t fun. In order to inject some responsible fun into the moment, the poem was plastered on the pavement outside London pubs, each line 2m apart to help people queue while also putting a smile on their face - effectively creating a new media canvas with a captive audience.

The Brewery used the moment to issue a rallying cry to the UK to get behind their local pub, vote with their feet and get the hospitality industry alive again in the way we know best - via the pub.

The activity was amplified by an earned media sell-in, profiling of CEO and founder Logan Plant and across Beavertown social channels.

The campaign generated key pieces in The Independent, City AM, The Drinks Business and Morning Advertiser and BBC Radio London. Alongside that we targeted consumers with coverage in consumer focused titles like Evening Standard/ Go London, The Handbook and Chortle.

Beavertown Brewery was shortlisted by Creative Moment Awards 2020 for Food and Drink Campaign of the Year.