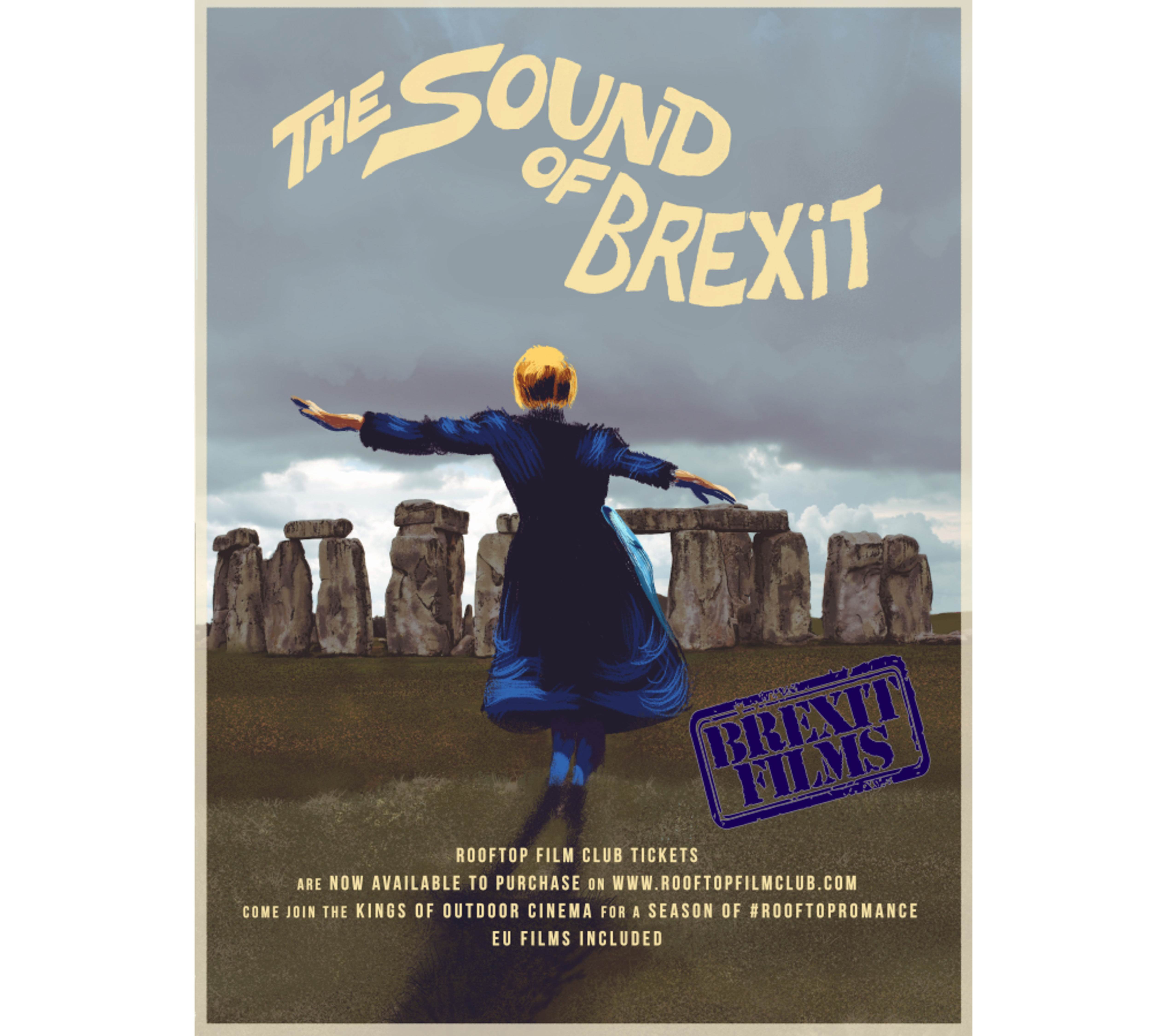 Rooftop Film Club wanted to create a campaign that would allow them to enter the conversation around Brexit, and remind people that leaving the EU could potentially have a negative impact on the thriving British film industry.

Conversations around Brexit were negative, angry and polarising and while Rooftop Film Club wanted to make a political statement they didn’t want to do it in a way that would get the brand dragged into some of the more difficult arguments. We needed an idea that got the point across, but didn’t trivialise wider arguments that were happening around Brexit.

Our solution was to commission an artist to reimagine classic movie posters for a world without Europe. We chose classic films set in Europe like The Sound of Music, Les Miserables and the Hunchback of Notre Dame, removed their “European” references and replaced them with UK equivalents.

Europe has had a massive impact on the cinematic culture, and the reimagined posters envisaged a world without that impact to show people how much the UK film industry needed Europe.

The posters were placed in key sites across London in Peckham, Shoreditch and Stratford, unveiled just as commuters were on their way to work in the capital. Alongside that Rooftop Film Club, screened each of the films at their venues in Peckham and Shoreditch.

Images of the posters in situ were sold into key national titles alongside a listings release to  drive interest in the screenings of each of the films. Coverage appeared in titles such as The Independent, The Telegraph and the Newham Recorder.