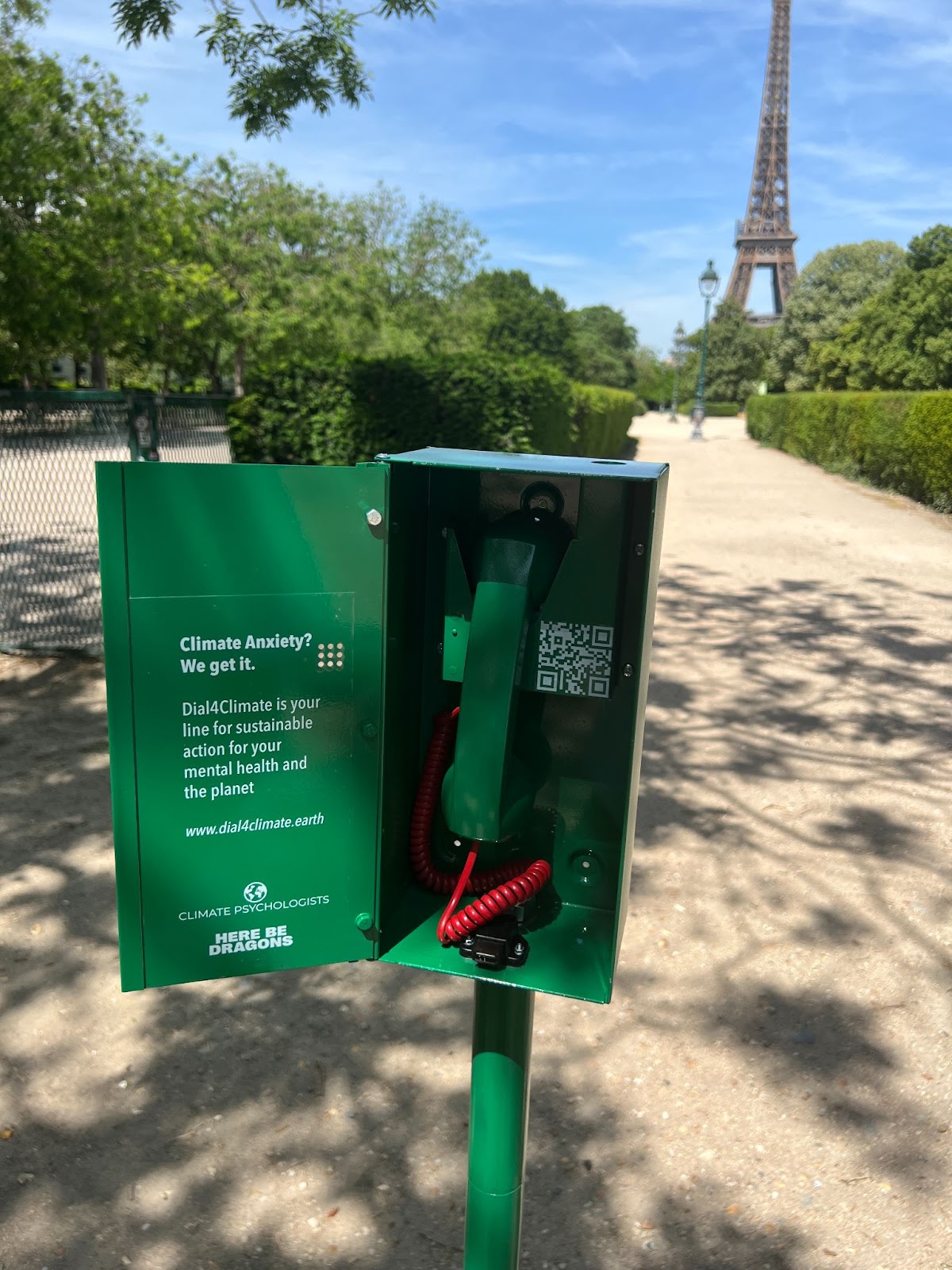 Over the year Climate anxiety (fear paralysis on how one’s own contribution can help reduce climate impact) among young adults has increased dramatically. Research by the Office of National Statistics found that as many as three quarters of British adults were worried about the impact of Climate Change. One word that was identified regularly amongst respondents was ‘helpless’. How could we, alongside a group of Climate Psychologists, help alleviate the overwhelming feelings Brits felt about the crisis?

Partnering with the Climate Psychologists, we created an activation series designed to directly talk to those who were feeling most anxious. ‘Dial4Climate’, a pop-up phone booth was placed in Paris & London. Inspired by emergency SOS motorway call booths, the installation invited the public to pick up the phone, at which point they were greeted with a series of messages on how they can alleviate climate anxiety. The messages were from Climate Psychologists Megan Kennedy-Woodard and Dr Patrick Kennedy-Williams.

The booth debuted at Change Now, the largest for the planet, which took place in Paris 19-21st May, while also appearing in London’s Shoreditch.

The activation was picked up by Smiley Movement, Campaign Magazine, The Stable, PR Week,  and was even discussed by other agencies. To top it off American model Arizona Muse was pictured interacting with the phone in Paris. Plans are afoot for creating a new phone booth for the Hollywood Climate Conference in 2023.