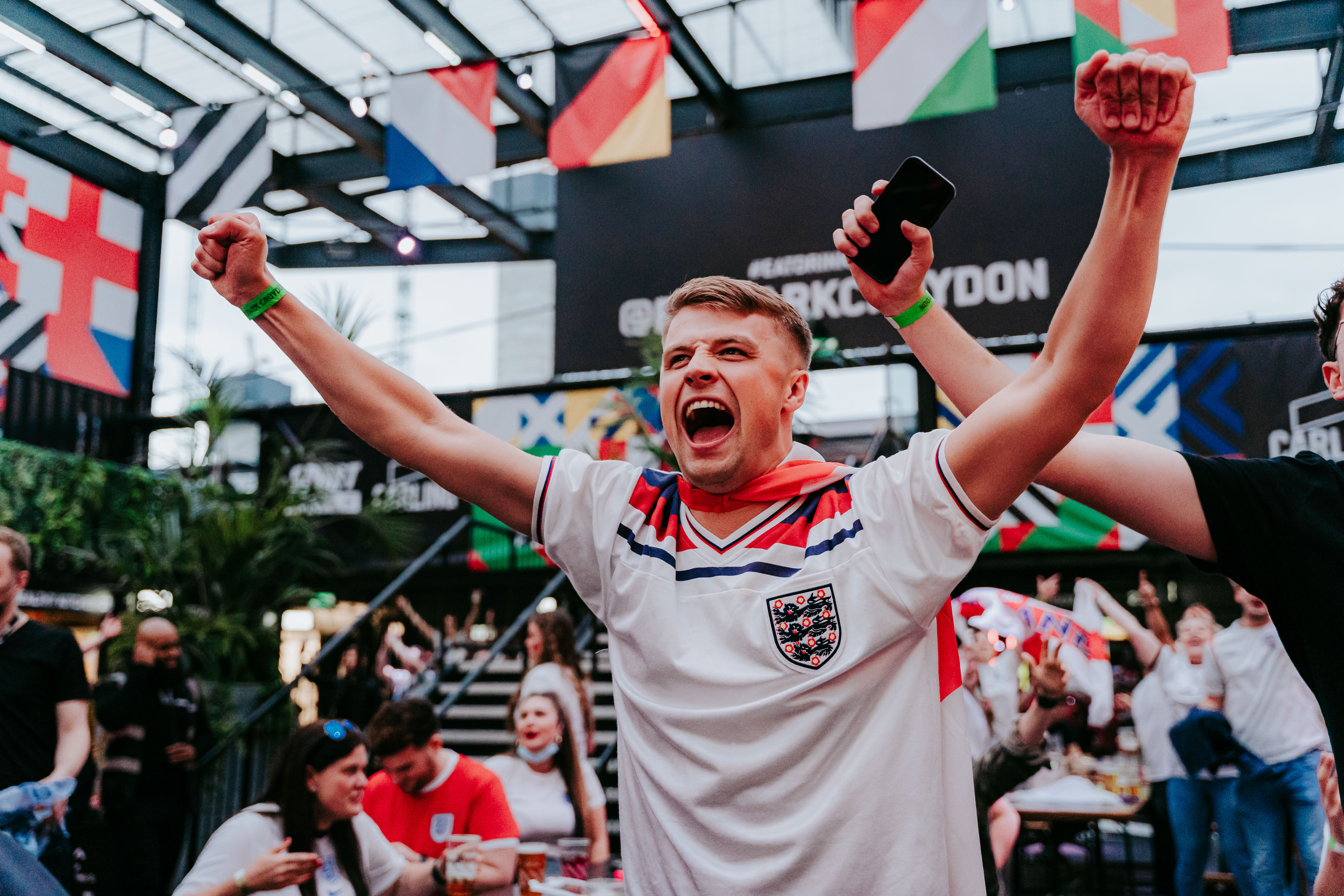 Pre-COVID, BOXPARK was known for its electric atmosphere on match days and had become renowned for the buzz at its fan parks around big football and rugby matches. Our goal was to show that despite having 18 months off, this was still the case at BOXPARK. The coverage we generated needed to remind football fans that watching football at BOXPARK was almost as good as being at the match itself.

While restrictions were easing and football fans were allowed to gather to watch football matches, a large number of people were questioning if this should be allowed given that COVID rates in the UK were still on the rise, and people couldn’t gather for smaller events like weddings. Other fanparks at key locations like Trafalgar Square and Manchester were also announced, creating some healthy competition for BOXPARK’s offering.

How could we position BOXPARK as the place to be but at the same time remove ourselves from negative publicity around social distancing and the spread of COVID?

We worked alongside the BOXPARK team to build a EUROS dedicated press office function that allowed us to get out stories pre-match, during the match and post match.

Before the tickets went on sale for each match, we drafted a listings press release that went to everyone covering the EUROS. A simple but effective tactic, it made sure that BOXPARK was included in any article that told fans where they could watch the match with their mates. It also meant we got on the radar of journalists looking for venues to visit and capture fans' reactions throughout the games.

We set up a dedicated media box for photographers, broadcasters and journalists who wanted to capture fans' reactions throughout the games. The media box at each site was set up so journalists were behind the screens and had an optimum view of everything happening on the ground. This meant that every time a goal was scored, they caught it and got it out across their networks and media channels immediately.

The BOXPARK team also had dedicated photographers and videographers on the ground, capturing media worthy content that was edited on site. This meant that we had content ready for media who couldn’t attend at the half time of each match and as soon as it finished. All of the content was captured with social and online media in mind.

Aside from the nuts and bolts of the press office, BOXPARK knew that it wouldn’t just be the fans' reactions that got the fanparks into the press. The team chose talent that would give the fans attending the games a great time, but also create culturally relevant moments for the media. There was Barry from Eastenders serenading the fans with Sweet Caroline and Atomic Kitten came down to sing “Southgate You're the One” live at Croydon. Stormzy even came down to one of the matches with a group of mates.

The BOXPARK team worked closely with local councils to ensure that all guidelines for events and COVID, were implemented across all three sites. This also meant that when BOXPARK did get mentioned in stories questioning why fans could watch football, we had a water tight statement that removed BOXPARK from any negative publicity.

Finally, the team looked for reactive opportunities in the wider conversations around the English team and turned them into stories where we could. For example, everyone was talking about Phil Foden’s Gazza haircut, so we set up a match day haircut service, where fans could get haircuts inspired by iconic footballer hairstyles.

Over the course of the EUROS, 1,100 pieces of coverage were generated for BOXPARK across broadcast, national print media, national online media, listings, regionals and sports focused titles.

The coverage generated was huge but BOXPARK’s offering also became ingrained in the culture around the matches. Jack Grealish name checked BOXPARK in an interview, countless football pundits referenced the energy of the fans at Croydon and Atomic Kitten went back into the Top 10 charts after singing “Southgate You're the One” at BOXPARK Croydon.